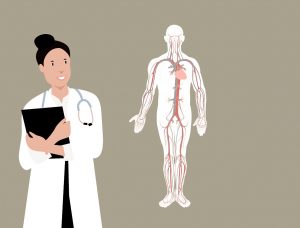 Ketosis and ketoacidosis both involve the production of ketones in the body. However, while ketosis is generally safe, ketoacidosis can be life-threatening.

Nutritional ketosis occurs when the body starts burning fat instead of glucose. The liver breaks down this fat into chemicals called ketones and releases them into the bloodstream. The body is then able to use the ketones as an energy source.  Inducing ketosis is the aim of a ketogenic diet, or “keto” diet, which is a high-fat, very-low-carb diet that can help people lose weight.

During nutritional ketosis, it is normal to have blood ketone levels of 0.5–3.0 millimoles per liter (mmol/L). According to the American Diabetes Association, a person should check their ketone levels if their blood glucose levels are higher than 240 milligrams per deciliter (mg/dl).

If a person does not have enough insulin, the body cannot move glucose from the blood into cells, where it is necessary for energy. As a result, dangerous levels of both glucose and ketones can accumulate in the blood. Doctors refer to this condition as diabetic ketoacidosis.

Doctors can use blood and urine tests to determine whether a person is in ketosis or ketoacidosis.

Symptoms of ketosis and ketoacidosis

Symptoms of ketosis include:

The symptoms of diabetic ketoacidosis include:

As ketoacidosis progresses, symptoms can include:

When to see a doctor

A doctor can use blood or urine tests to determine whether a person is in ketosis or ketoacidosis. These tests measure the levels of ketones, glucose, and acidity in the body. Nutritional ketosis is not a medical condition and does not require a diagnosis. However, ketoacidosis is a life-threatening condition, and anyone with symptoms should seek immediate medical attention. People with signs of malnutrition should also see a doctor.