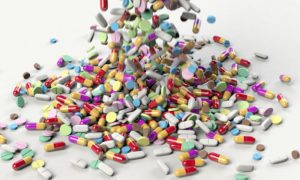 When the body relies on fat for fuel, it generates ketone bodies – chemicals manufactured in the liver when fat is metabolized. This process is called ketosis. Getting into and staying in ketosis can be tricky, as it requires just the right ratio of carbs to fats to proteins. That is where certain substances called exogenous ketogenic supplements might come into play.

The human body generates ketone bodies naturally when it breaks down fat for fuel. But you can also introduce ketone bodies from an exogeneous – or an external source, which would be an exogenous ketogenetic supplement; in form of a pill or powder that contain ketone bodies intended to boost the levels of these substances in the body to facilitate ketosis.

The two most common types of keto diet pills are:

The idea is that these supplements can assist you in getting into ketosis faster – it typically takes from about two days to more than a week to reach that fat-burning state. And once you’re in ketosis, a supplement could help you stay there. Theoretically, this all means you might lose more weight even faster.

The theory makes sense – if you need ketone bodies to achieve ketosis, adding them as a supplement should help you get there more easily. But whether exogenous ketogenic supplements actually work isn’t entirely clear.

Some research, such as a study from 2014 [1], has indicated that adding exogenous ketones can elevate the number of ketones in the body. But whether that means you can achieve ketosis faster or maintain it longer is still inconclusive, according to a 2018 review study [2].

One of the reasons why supplementation may not be all that effective is because the body seeks to maintain an even level of ketones to prevent a potentially toxic build-up of these chemicals in the bloodstream. When the body senses that ketone levels are high, the liver stops making its own, so supplementing ketones might actually cause your body to stop producing them. This could in turn actually limit your ability to stay in that target ketogenic, fat-burning zone that’s been associated with rapid weight loss.

And while there’s some indication that the keto diet itself is effective for weight loss, there’s little in the way of long-term research as to how it impacts the body and whether the weight loss you might achieve is durable, says Monica Chan, supervising dietitian with Riverside University Health System [3] in California. “Studies suggest that weight loss related to the keto diet is likely due to a reduction in hunger levels, water weight loss and a calorie deficit.”

She notes that “following the ketogenic diet has been linked to decreased levels of ghrelin, one of your body’s main hunger hormones,” which may make it easier to avoid overconsumption of calories.

However, significantly reducing carbohydrate intake can lead to a loss of water because carbs hold water when stored in your body. “When you reduce your carb intakes, such as during the initiation phase of the keto diet, stored carbs are released along with additional fluid, resulting in weight loss of varying amounts.”

This is problematic because when you come off a keto diet, your consumption of carbohydrates will increase and that means your body will hang onto more water and some of that weight loss with be reversed in short order

Image by Arek Socha from Pixabay