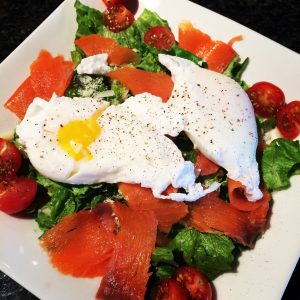 As the term implies, the 80/20 diet allows that approximately 80–90% of the time over 1 week one can indulge in non-Paleolithic foods; however, for the rest of the time (10–20%) one has to strictly follow a Paleolithic diet plan. The resulting less strict diet regimen would result in better overall compliance of the meal plans, at the cost of reduced overall benefits of the Paleolithic diet. 1, 2

The autoimmune Paleolithic diet is a specialized version of the Paleolithic diet to help people improve digestion, reduce inflammation in the body, treat gut dysbiosis and leaky gut, and restore healthy diversity, gut microorganisms and barrier function of the gut.3

Eventually, it may help relieve symptoms of autoimmune disorders (such as fibromyalgia, rheumatoid arthritis, lupus, multiple sclerosis, inflammatory bowel disease, Crohn disease, eczema, etc.).4 It must be highlighted that the evidence of the above observations is not strong as they have come from small studies and anecdotal reports. There is an urgent need for randomized controlled trials (RCTs) on the same.

Initially, it may benefit people starting out on the Paleolithic diet and dealing with disease, poor digestion, or inflammation. Despite the autoimmune Paleolithic diet’s greater focus on nutrient density (focusing on micronutrients to correct both deficiencies and imbalances, which heal damaged tissues, support regulation of the immune system, hormone systems, detoxification systems and neurotransmitter production), it further restricts the guidelines on certain foods – such as nightshade vegetables (including potatoes, tomatoes, and peppers), fruits, nuts and eggs – to be eliminated as they create inflammatory responses and are considered to be gut irritants.3

Hence, the autoimmune Paleolithic diet may be extremely challenging to follow for an extended period of time as the only food choices left are animal protein and vegetables.

The primal/ Lacto-Paleolithic is a traditional version of the Paleolithic diet, but allows more flexibility in food choices. It permits the consumption of organic, grass-fed, whole/full-fat dairy products, lots of vegetables, protein, fermented soy products, healthy fats, soaked or sprouted grains and occasionally some legumes, while eliminating gluten and artificial sweeteners.

Other than that, it recommends the same principles of the Paleolithic diet in promoting whole foods and minimum carbohydrates, with the majority of calories coming from organic proteins and fats alongside vegetables, unprocessed and locally sourced food items. The overall concept of such a diet is nutritionally enhanced by including excellent sources of protein, calcium and healthy fats for optimal hormonal function.5