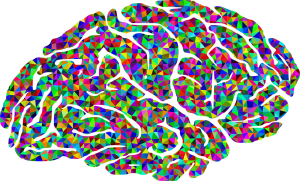 The keto diet is often said to increase mental clarity, and even to help with conditions like anxiety and depression. Although most of the evidence supporting these claims is anecdotal, there is some reason to think a low-carbohydrate diet might help clear up what’s commonly called “brain fog.”

But when you consume a high-carbohydrate diet, your brain often can’t convert enough glutamate into GABA because it’s using glutamate as an energy source. This imbalance can lead to neurotoxicity, and this impaired functioning could potentially lead to brain fog. For reasons not completely understood, ketosis seems to favor an increased production of GABA, which can lead to reductions in neurotoxicity and, therefore, brain fog.

Still, research on the relationship between the keto diet and mental clarity, as well as anxiety and depression, is still in its early stages, and not all people who try the keto diet report noticeable changes in the ways they think. In fact, some people report an increase in brain fog after switching to the keto diet, though this might be explained by the “keto flu”, which describes the flu-like symptoms people tend to experience in the first few weeks after beginning the keto diet.