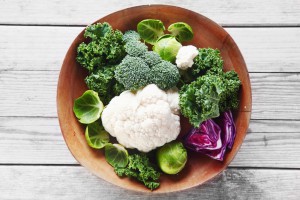 Vegetables are low in calories but rich in vitamins, minerals and other important nutrients.
The definition of a low-carb diet varies widely. Most are under 150 grams of carbs per day, and some go as low as 20 grams per day.
Whether you’re on a low-carb diet or not, eating more vegetables is always a great idea.
Here is a list of the 15 best low-carb vegetables to include in your diet.

Broccoli is a true superfood.
It’s a member of the cruciferous vegetable family, which includes kale, Brussels sprouts, radishes and cabbage.
One cup (91 grams) of raw broccoli contains 6 grams of carbs, 2 of which are fiber.
It also provides more than 100% of the RDI for vitamins C and K.

Asparagus is a delicious spring vegetable.
One cup (180 grams) of cooked asparagus contains 8 grams of carbs, 4 of which are fiber. It’s also a good source of vitamins A, C and K.

Mushrooms are extremely low in carbs.
A one-cup (70-gram) serving of raw, white mushrooms contains just 2 grams of carbs, 1 of which is fiber.

Zucchini is a popular vegetable and the most common type of summer squash. Summer squash is long with soft skin that can be eaten.
In contrast, winter squash comes in a variety of shapes, has an inedible rind and is higher in carbs than summer varieties.
One cup (124 grams) of raw zucchini contains 4 grams of carbs, 1 of which is fiber. It’s a good source of vitamin C, providing 35% of the RDI per serving.
Yellow Italian squash and other types of summer squash have carb counts and nutrient profiles similar to zucchini.

Spinach is a leafy green vegetable that provides major health benefits.
What’s more, it’s an excellent source of several vitamins and minerals. One cup (180 grams) of cooked spinach provides more than 10 times the RDI for vitamin K.
Keep in mind that although spinach is also low in carbs, the carbs become more concentrated as the leaves are cooked down and lose their volume.

Cauliflower is one of the most versatile and popular low-carb vegetables.
It has a very mild taste and can be used as a substitute for potatoes, rice and other higher-carb foods.
One cup (100 grams) of raw cauliflower contains 5 grams of carbs, 3 of which are fiber. It’s also high in vitamin K and provides 77% of the RDI for vitamin C.

Green beans are sometimes referred to as snap beans or string beans.
They are a member of the legume family, along with beans and lentils. However, they have significantly fewer carbs than most legumes.
A one-cup (125-gram) serving of cooked green beans contains 10 grams of carbs, 4 of which are fiber.

Lettuce is one of the lowest-carb vegetables around.
One cup (47 grams) of lettuce contains 2 grams of carbs, 1 of which is fiber.
Depending on the type, it may also be a good source of certain vitamins.

Cucumbers are low in carbs and very refreshing.
One cup (104 grams) of chopped cucumber contains 4 grams of carbs, less than 1 gram of which is fiber.
Although cucumbers aren’t very high in vitamins or minerals, they contain a compound called cucurbitacin E, which may have beneficial effects on health.

Celery is extremely low in digestible carbs.
A one-cup (101-gram) serving of chopped celery contains 3 grams of carbs, 2 of which are fiber. It’s a good source of vitamin K, providing 37% of the RDI.

Eggplant is a common vegetable in many Italian and Asian dishes.
A one-cup (99-gram) serving of chopped, cooked eggplant contains 8 grams of carbs, 2 of which are fiber.

Cabbage has some impressive health benefits.
One cup (89 grams) of chopped raw cabbage contains 5 grams of carbs, 3 of which are fiber.